Welcome in Hoorn !
Order your own Freebee Map

The pearls of the Golden Age; Hoorn, Enkhuizen and Medemblik

The beautiful, historic harbors of Hoorn, Enkhuizen and Medemblik are real pearls. No more than 40 minutes drive from Amsterdam. These were once home to the Dutch East India Company (VOC), the world's most powerful trading company in the seventeenth century. In addition, these ports were important hubs in the trade network that spanned the world. Competitive, entrepreneurial, adventurous, pioneering and incredibly rich. The explorers were inventors, scientists and artists. During the Golden Age, Hoor was one of the most important cities in Holland. Hoorn ships sail the world's seas and discovered new trade routes. For example, the captains Schouten and LeMaire found a new route to the East 400 years ago via Cape Horn, the southernmost tip of Chile. They named the cape after their hometown of Hoorn. On their journey they also discovered an island group that they called the Hoornse islands. And so it may happen that the name of Hoorn is found three times on the world map. This rich legacy is still visible everywhere today, making Hoorn and Enkhuizen hotspots for culture lovers. The Westfries Museum is an engaging and quirky museum that tries to surprise the visitor by making innovative connections with the past. With special exhibitions, but also by presenting and experiencing the Golden Age in an attractive way. This, among other things, with the latest virtual reality technology.

Then walk via the Grote Oost with its stately buildings, where the wealth and prosperity of the city can be clearly seen, to the harbor of Hoorn. This is one of the most popular spots in Hoorn for the inhabitants of Hoorn and visitors. Time sometimes seems to stand still here. Money was earned here for centuries, especially in the seventeenth century. By whaling, with the trade in wood and salt, spices, coffee, tea, sugar, etc. Around 1725, one in three inhabitants of Hoorn made a living in seafaring . In addition, shipyards, warehouses and sailmakers also offered work to many Horinese. 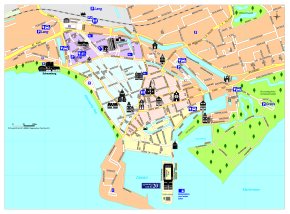 Here you will find information about Hoorn: