Welcome in Den Haag !
Order your own Freebee Map

The Hague is the political capital of the Netherlands, a city with a royal character and many purveyors to the royal household. There are many stately places of interest to visit, such as the palaces, the Binnenhof where parliament sits, and the royal house where Queen Beatrix lives. The oldest part of the city, the area around the Binnenhof, is where the main historical buildings of The Hague are located. The city has many foreign embassies, situated in the stately streets of the city. The Hague is a great place for everyone to visit for one or more days. The Hague has many museums, parks and nature areas. A beautiful and fascinating city, where there is much to admire.

Information about The Hague 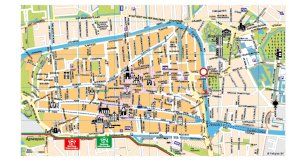 Here you will find information about The Hague: